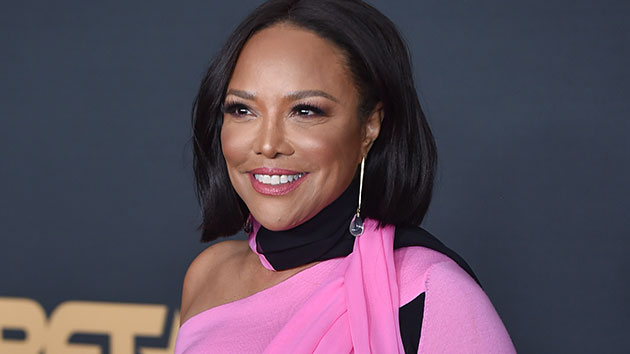 Gabrielle Union makes it a point to celebrate Black women every week with her #WomanCrushWednesday Instagram posts, and this week’s dedication goes to Lynn Whitfield.

“Today’s #WCW is the embodiment of #MelaninMagic… @mslynnwhitfield. The first time I had the opportunity to spend time with Lynn was at The Kentucky Derby years ago, and we danced and laughed all night,” wrote Union in the caption. “She is not only an acting ICON… she lives life to the fullest!”

The LA’s Finest star said she enjoyed Whitfield’s roles in films such as Tyler Perry‘s Madea’s Family Reunion, A Thin Line Between Love & Hate and on television series such as The Women of Brewster Place and OWN’s Greenleaf, as Lady Mae.

Union says she was most impressed with Whitfield’s work in the 1991 classic The Josephine Baker Story.

“Her starring role in The Josephine Baker Story is what gave her the wide recognition she so well earned,” Union continues. “The biopic required her to age from 18 to 68 and portray a Folies Bergère star, a French Resistance fighter during World War II, and a civil rights activist. It’s no wonder the awards and nominations came pouring in after this.”

Union also revealed Whitfield was “in post-production” for the upcoming film Vacation Friends and gearing up to celebrate her 68th birthday in May.

“So everyone send some love to this Hollywood gem. Let us lift her up in the light of goodness and hold her there #blackhistorymonth,” Union concluded.

Gabrielle Union has dedicated other #WCW posts to Jazmine Sullivan, Dionne Warwick, Waiting to Exhale star Lela Rochon, and Kizzmekia Corbett, the scientist who was one of the leaders in the search for a COVID-19 vaccine.