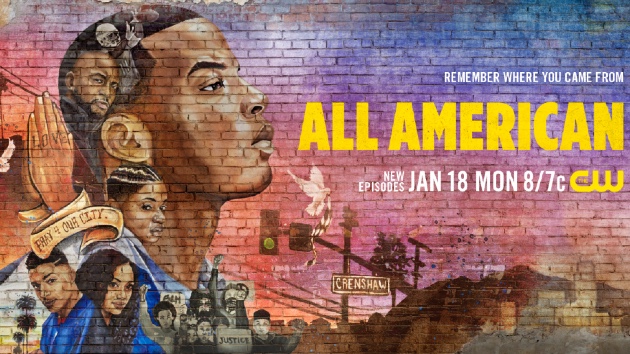 Following her remarkable performance in Lifetime’s Salt-N-Pepa biopic, actress GG Townson made her debut on CW’s All American Monday night.

“She starts off a little scandalous. I’m not gon hold you but there’s a deeper meaning to her,” Townson tells ABC Audio about her character. “She’s not just doing things for clout. So it’s going to be really interesting to see where her story goes during the season.”

Townson has been in the entertainment industry since birth thanks to her grandfather, Ronald Townson, who co-founded the popular singing group, The 5th Dimension. After securing her second role as a musician, Townson says she may consider entering the music industry.

“I am coincidentally an artist as well, so maybe I do need to put out an album because the universe is like ‘girl just do it,"” she joked.

“I’ll be watching GG on All American or whatever…because that’s my show,” says Odom. “It’s a good show. I’m so excited to have a friend that I just did a film with on there.”

Catch GG Townson on All American Monday nights at 8 p.m. EST on CW.