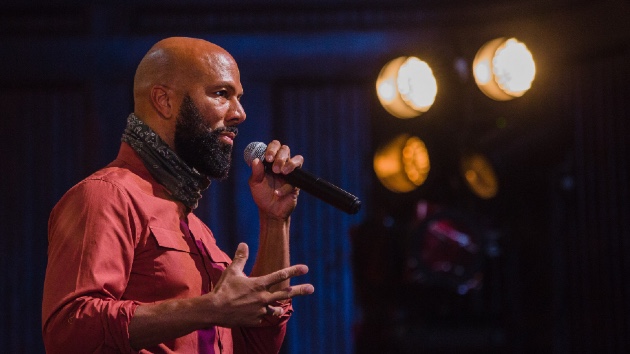 Rapper Common will officially give civil and voting rights activist Fannie Lou Hamer her flowers through an upcoming biopic.

According to the Hollywood Reporter, Common is set to produce God’s Long Summer, a feature film that “follows Hamer’s rise from oppressive plantation sharecropping system in 1962 Mississippi, where at age 44, she fought against the Southern political establishment and systemic racism.”

Prior to her death in 1977, Hamer was one of the most powerful voices of the civil and voting rights movement, who fought for greater opportunities for African-Americans.

“Fannie Lou Hamer is a revolutionary figure we should all know,” says Common. “Her story and impact is evidence that Black history is American history. We have all benefited from her work and dedication. I feel blessed to be working with this incredible group of producers to bring this story to the screen.”

The project’s synopsis states: “She fought against the Southern political establishment, systemic racism and misogyny by exercising her right to vote and fighting for the rights of others. Labeled as plain spoken and unfit to lead the movement, Hamer captivated the nation with her powerful voice, sheer will, and faith in her fight against leaders at the highest levels of state and federal government and within the Civil Rights Movement itself to help secure passage of the Voting Rights Act of 1965.”

Common became the first rapper to earn an Emmy, an Oscar and a Grammy award in 2017, after writing original music for the Netflix documentary, 13th. Common has also starred in films such asSelma, Just Wright, and Suicide Squad.

Tank shares secret to his marriage to Zena Foster: “We communicate about everything”

Lil Nas X pens inspirational letter to his younger self: “stop feeling sorry for yourself”

Patina Miller and Omar Epps explain why ‘Power Book III: Kanan’ was the perfect series for them to join