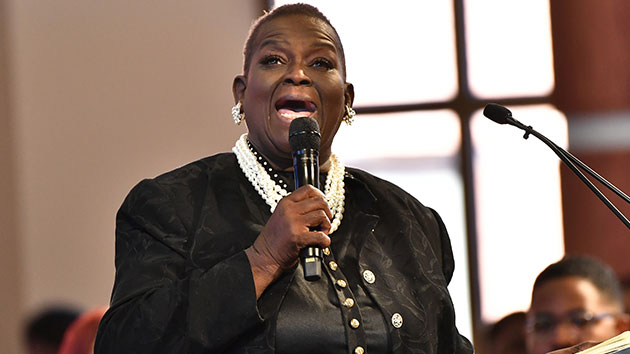 Duranice Pace, gospel singer and member of The Anointed Pace Sisters, passed Thursday at age 62, according to Essence magazine.

No cause of death was provided, but the Pace family last week announced the celebrated gospel singer was hospitalized for unknown reasons.

Born in Atlanta, GA, Durance was the oldest of her nine siblings who started singing at their father’s church. She sang alto and soprano on The Pace Sisters 1989 debut album, It’s Morning Time. The group released six additional projects and became known for their unique gospel singing style, inspired by musical films and Broadway plays. Four of the group’s albums — U-Know, My Purpose, Return, and Access Granted — placed on Billboard’s Gospel Albums chart.

Duranice spent years touring as a preacher and was featured on a 2013 episode of Iyanla: Fix My Life. The late singer also became known was “That Woman Who Made Steve Cry” after an appearance on Steve Harvey‘s daytime television show in 2019.  After hearing the news of her passing, Harvey shared a video clip from her episode, where she discussed her battle with thyroid cancer and declared her lifelong dream was to sing on Broadway.

“I want to let the folks know I love Steve Harvey and the man been so good to me,” sang Duranice as Harvey broke into tears. “I didn’t know if I was going to be alive, but God done kept me alive to see you sir.”

Harvey continued sharing how much she impacted his personal life, tweeting, “Duranice Pace spoke favor into my life one day, at a time when I really needed it. She was one of the special souls. Rest In Peace.”

DJ Khaled, H.E.R. and Migos to perform at the 2021 Billboard Music Awards