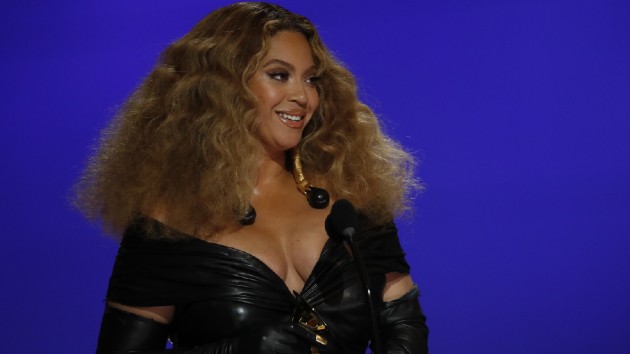 Beyoncé made history and now holds the record for most Grammy Award wins ever by a female performer.

The songstress solidified the extraordinary accomplishment when she snagged the win for Best R&B Performance with her record “Black Parade,” which beat out Jhené Aiko and John Legend‘s “Lightning & Thunder,” Jacob Collier featuring Mahalia & Ty Dolla $ign‘s track “All I Need,” Brittany Howard‘s “Goat Head,” and Emily King‘s “See Me.”

This brought the entertainer to an astounding 28 wins total. The only person with more is conductor George Solti, who has 31 — he died in 1997. Beyonce is also now tied with producer Quincy Jones.

Prior to becoming the record holder for most Grammy wins, her collaboration with Megan Thee Stallion on “Savage Remix,” which took home the Grammy for Best Rap Song on Sunday night, had Queen Bey tied with Alison Krauss‘ who had 27 wins.

Additionally, Megan and Beyoncé won for Best Rap Performance, becoming the first female duo to win in that category.

This year’s Grammys also made the 39-year-old songstress the the most nominated female in the show’s history, after garnering nine nods, bringing her total to 79 nominations.