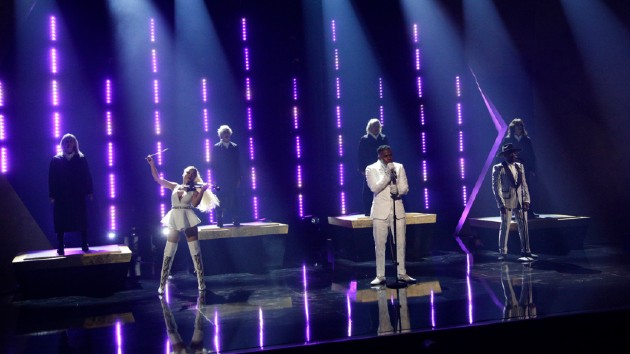 Ahead of finding out if he won the coveted Grammy for Record of the Year, Da Baby hit the stage for a performance of his hit “Rockstar.”

Appearing with the record’s collaborator Roddy Rich, Da Baby appeared in an all white fit — complete with white gloves and bling — with a violinist and Anthony Hamilton on either side of him.

When his verse was up, he directed his attention to the choir behind him, who were dressed in black robes, giving major Ruth Bader Ginsberg vibes, according to Twitter where one user declared, “DaBaby got the Supreme Court justices performing in the back, iconic #Grammys.”