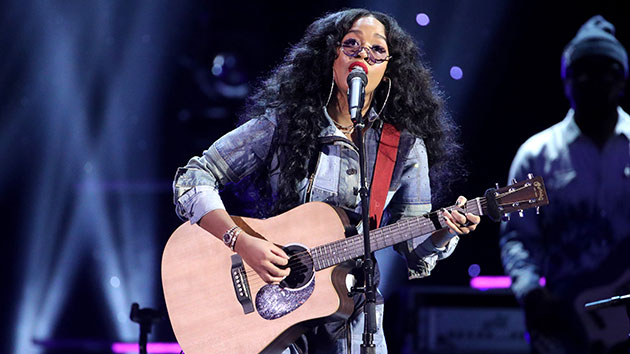 Oscar and Grammy winners H.E.R. and Common will be among the stars performing on Shine a Light, a special that will air on CNN on Saturday, September 11, the 20th anniversary of the 9/11 terrorist attacks.

“Our lives have forever changed by what happened on 9/11, 2001. Today I feel blessed to be able to remember and honor those souls that were lost that day along with their family members, all the brave first responders and survivors,” says H.E.R. “This performance is so special and important, and I have been so moved and have dug deep through my emotions to create this heartfelt performance.

H.E.R. will also join Stevie Wonder, Chloe x Halle and other stars on stage at the Global Citizen Live concert on September 25 in Los Angeles.

“It’s a supreme honor to be a part of the Shine a Light event honoring the families and people affected by 9/11, something that has touched us all,” adds Common. “As artists, it is our duty to be truth-tellers and express not only what we feel but what many may feel. In that spirit, I am grateful to be able to perform at Shine a Light and spread love, hope, and inspiration through music.”

Robert De Niro and Leonardo DiCaprio, who appeared on stage together at the all-star Concert for New York City the month after the attacks, will team up to deliver a message of support on the special, while former New York Giants quarterback Eli Manning will be a presenter.

Viewers will be encouraged to visit 911Day.org during the broadcast to post and share simple acts of kindness, charity and service in tribute to those killed and injured, and to the first responders who rushed to help.