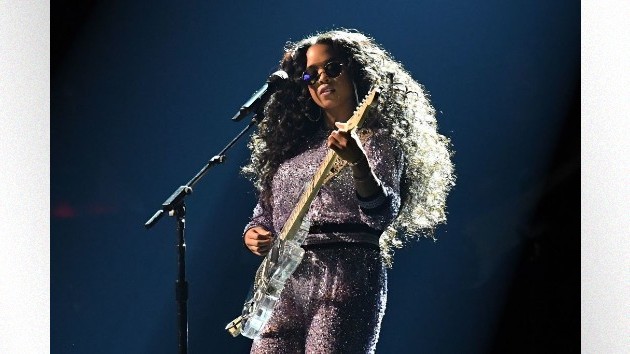 H.E.R. is continuing her 2021 Back of My Mind Tour with 19 dates this spring that begin April 8 in Honolulu. Other cities the trek will visit include New Orleans, Denver, Cincinnati, Indianapolis and Los Angeles, before it wraps up June 19 in Charlotte, North Carolina. Tickets will go on sale Friday, February 25, at 10 a.m. local time via Ticketmaster.com.

“I’ve been so eager to connect with my fans this year, so it’s great to get back on the road,” the 24-year-old entertainer says in a statement. “Being on stage fuels me as a musician and I can’t wait to feel that energy again!”

H.E.R. also will perform at Jazz in the Gardens festival on March 15 near Miami, and she’ll be opening for Coldplay on their 2022 world tour. That trek’s U.S. leg kicks off May 6 in Dallas, and continues through June 14 in Tampa, Florida. The tour then travels to Europe and South America.

Meanwhile, H.E.R. leads all musical artists with six nominations for the NAACP Images Awards, which air Saturday at 8 p.m. on BET. On March 2, she’ll receive the American Express Impact Award at the Billboard Women in Music Awards. The Oscar and Grammy winner is being recognized as “an artist who uses their musical platform to create positive change while advocating on behalf of women in and beyond the music industry.”

H.E.R. has a chance to further add to her trophy room at this year’s Grammy Awards, where she’s nominated for eight honors, including Album of the Year for Back of My Mind, and Song of the Year for “Fight for You.” She’s also diversifying her career with her first major film role, in the new musical version of The Color Purple, also starring Taraji P. Henson and Fantasia.

Wyclef celebrates 25th anniversary of ‘The Carnival’ with livestream concert

“It’s the Black joy for me”: CEO calls 2022 ‘Essence’ Festival safe space for the culture