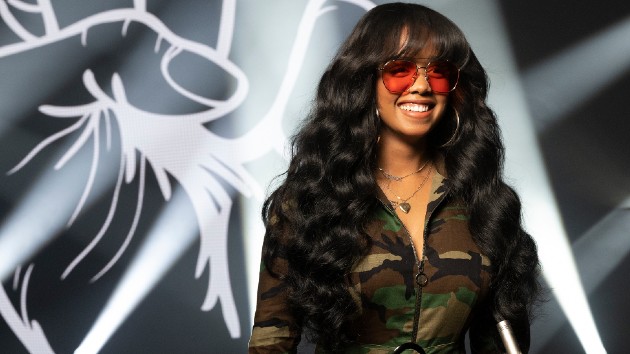 H.E.R.‘s new album, Back of My Mind, is out now, featuring influences from R&B, alternative rock and blues artists.

In H.E.R.’s cover story for Variety, the singer’s longtime manager, Jeff Robinson, reveals her potential interest in recording an entire rock album after linking up with Coldplay frontman Chris Martin.

“With [Back of My Mind], she wanted to do an R&B album; next, she might want to do a rock album,” Robinson shares. “She was just in with Chris Martin. They were jamming on records together. She’s genre-less and wants to stay that way.”

H.E.R. was 14 years old when she signed with Sony Music’s R.C.A. Records via Robinson’s M.B.K. imprint and later released her debut single, “Something To Prove.” The singer, born Gabriella “Gabi” Wilson, recalls struggling to maintain a balance between her normal life as a child and her newfound celebrity status.

“It was tough, honestly,” H.E.R. admits. “I would leave school for a few days every month or every other month to travel to New York, and I’d be doing independent study in the studio. There were a lot of sacrifices made, especially by my parents.”

Robinson recalls H.E.R. staying at a studio in midtown Manhattan, where he says she likely wrote “400 to 500 songs that the world has never heard from that period.”

H.E.R. credits both Robinson and former M.B.K. exec Suzette Williams for giving her space and room to grow and develop as an artist and a performer.

“They saw things in me that I didn’t even see in myself,” she says. “I was learning the business just as much as the music and also figuring out who I was gonna become as a woman.”