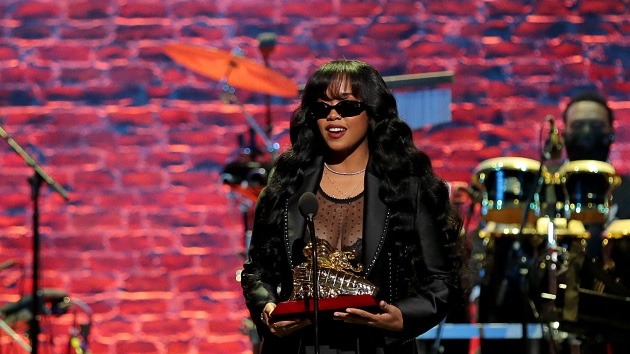 H.E.R. delivers another vulnerable new song, “Hold Us Together,” from the upcoming Disney film, Safety.

“I will trust in you and know that you are with me/Forever/I’ll confide in you ’cause you’re the only answer that matters,” she sings.

Since releasing her enticing single, “Damage,” fans have been waiting to for the Grammy-winning vocalist to release another classic jam, and this is well worth the wait.

“Hold Us Together” will be featured on the soundtrack for Safety, which is streaming now via Disney+. In the movie, actor Jay Reeves plays the real-life role of former Clemson University football player “Ray-Ray” McElrathbey, who takes custody of his 11-year-old brother after his mother goes into drug rehab.