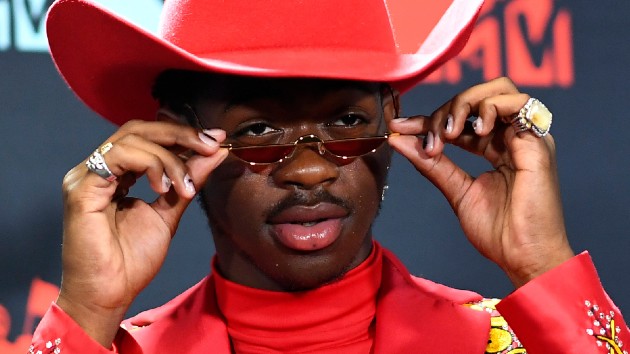 Controversy sells! Lil Nas X’s exclusive “Satan Shoes,” inspired by the devilish music video for his new song “MONTERO (Call Me By Your Name),” were released on Monday, and Complex reports they sold out in less than a minute.

The sneakers, created in collaboration with art collective MSCHF, are black-and-red Nike Air Max 97s that have been modified to include a pentagram charm, text reading “LUKE 10:18” and even a drop of real human blood. LUKE 10:18 references a Bible verse about Satan’s fall from heaven.

Only 666 pairs were made and sold at $1,018 a piece. Fans can still enter to win the 666th pair on the sneakers’ website. The winner will be drawn on Thursday.

Nike, by the way, has neither authorized nor endorsed the sneakers. According to docs obtained by TMZ, the company is now suing MSCHF over the shoes. Lil Nas is apparently not named in the lawsuit.

After receiving backlash for the shoes, the “Old Town Road” singer released a fake apology video, which jump-cuts to the now-infamous end of the “Call Me By Your Name” music video.

Report: Kelly Price has been listed as a missing person