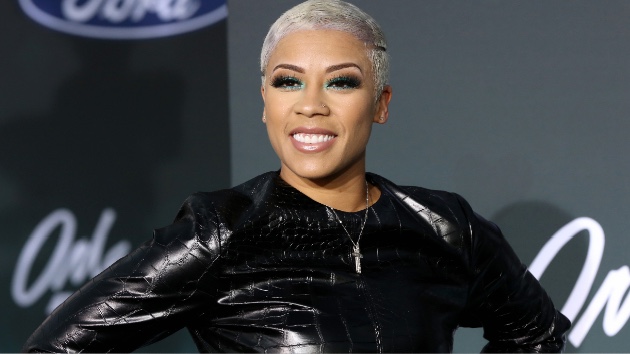 Get ready! Multi-platinum singer/songwriter Keyshia Cole will soon give her fans just what they asked for — new music.

After fans hounded her on Twitter, the “Love” singer dropped a few hints about her forthcoming album.

On Thursday, a fan asked Cole about a collaboration with Atlanta rapper and singer Russ, to which Cole responded, “Yeees!! He sent it to me last night. Waiting for him to put those ADLIBS on though.”

This tweet comes one day after Cole, announced her eighth studio album “will be OFFICIALLY closed THIS SUNDAY!”

She said she’s been working heavy in her “home studio STILL BANGING…OUT” potential hits to add to her long list of Grammy-nominated songs such as “Let It Go,” “Heaven Sent,” and her 2007 album, Just Like You.

She’s also been spotted in the studio with fellow Grammy-nominated singer Lucky Daye.

After seven successful albums, three of which reached platinum status — including her 2005 debut, The Way It Is — Keyshia is gearing up for her comeback to follow up 2017’s 11:11 Reset.

With this album, fans are hoping Cole will address her recent breakup from the father of her second child, Niko Khale, which she subtly mentioned but has yet to officially address.

“See that’s where y’all got me [messed] up at,” Cole previously tweeted. “A [man] don’t know how to keep me respectfully.”

Cole and Niko welcomed their son, Tobias Khale, on August 1, 2019. Cole has a 10-year-old son named Daniel Hiram Gibson Jr., with her ex-husband.

“In spirit I know that he will be with us”: Angela Bassett talks ‘Black Panther’ sequel without Chadwick Boseman

Bow Wow details his new album: “You can’t compare my previous albums to this”