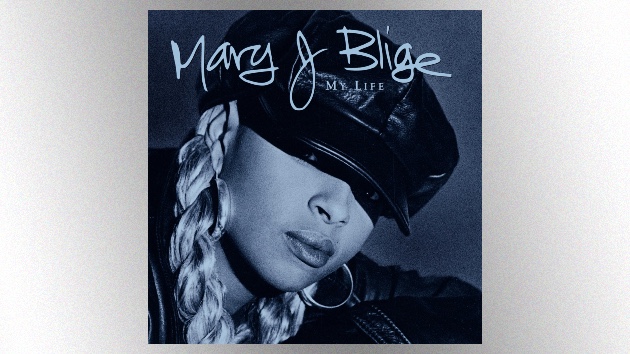 Enjoy the smooth sounds of R&B, hip hop and soul music from leading ladies Mary J. Blige, Jazmine Sullivan and Kelly Rowland, who are all out with new releases today.

Mary J. Blige celebrated the 26th anniversary of her sophomore album, My Life, with a deluxe reissue with special commentary on each song from the legendary Queen of hip hop and soul herself.

Released in 1994, the album featured her singles “Be Happy,” “I’m Goin Down,” “Mary Jane (All Night Long),” “You Bring Me Joy,” and production from her longtime collaborator Sean “Diddy” Combs. There’s also a few rare remixes, in addition to the original songs from the album.

Next up is vocal goddess Jazmine Sullivan with an acoustic performance of her new single “Pick Up Your Feelings.” Sullivan finds herself in the midst of ending a relationship after her significant other was caught cheating.

After sharing “Lost One” in August, Sullivan returned with another new single from her upcoming project, to follow up 2015’s The Reality Show.

Finally, Kelly Rowland released her new song “Hitman,” as a part of the NFL’s Songs of the Season initiative.

“Hitman” follows Rowland’s appearance on the soundtrack for Hulu’s original film Bad Hair, which she also starred in, as well as her groovy track “Crazy” and her melanated single, “Coffee.”