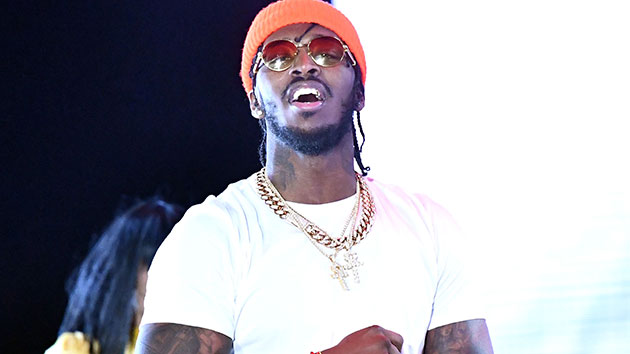 “Thank you God,” Pardi wrote in the caption on Instagram, sharing of a photo of Megan’s orange Grammy look. “The girl can’t be stopped,” he continued in his Instagram story.

Pardi and Megan Thee Stallion have been Instagram official following Megan’s 26th birthday last month. After Megan confirmed the two were dating during an Instagram Live session, Pardi took to his account to reveal a special Valentine’s Day weekend he planned for Megan, including a ride on a private jet, dozens of red roses, and a special food menu with the title, “Pardi with a Hottie.”

While Megan is just getting started, Pardi’s a music industry veteran. The rapper grew up in Newburgh, New York and released his first mixtape, Not Supposed to Be Here, in 2015.

During an appearance on BET’s Origin Stories series, Pardi revealed he decided to forego a college basketball scholarship to pursue a a career in music. Upon returning home, the “OYYY” rapper said he obtained an associate’s degree and worked as a substitute teacher, while still pursuing music.

But it wasn’t until 2018 that Pardi begin to reap the benefits of his dedicated efforts. That’s the year he released his Billboard Hot 100 single, “Backin’ It Up,” featuring fellow New Yorker Cardi B. It was featured on Pardi’s 2019 mixtape, UNDER8ED, along with appearances from Jeremih, City Girls, Offset and Jadakiss. Pardi also worked on Cardi’s Grammy-winning debut album, Invasion of Privacy.