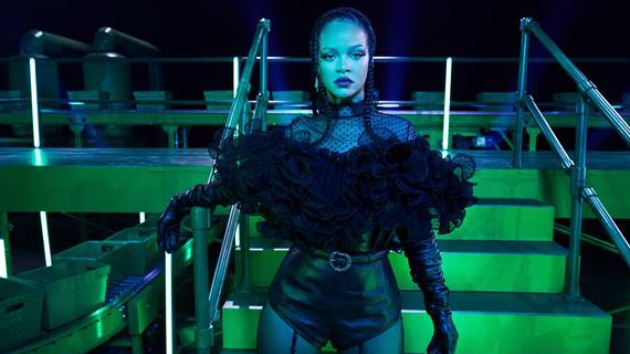 With the announcement that filming on Black Panther 2 will begin early next year, fans are already anticipating the newest cast member to the popular film…and they believe it’s Rihanna.

Fans on social media went into a frenzy after the pop singer’s name popped up as part of the cast during a Google search for the sequel, alongside the film’s original stars Michael B. Jordan, Angela Basset, Lupita Nyong’o and Letitia Wright.

“Rihanna is [going to] be in Black Panther 2 ??? I’m [definitely] looking forward to this,” wrote on fan on Twitter.

After starring in films such as Ocean’s Eight, Battleship, and Guava Island, it’s not hard to imagine Rihanna in the sequel to the blockbuster superhero film.  And even if she’s not appearing in the film, she could be working on new music for the movie’s soundtrack.

“Imagine Kendrick and Rihanna giving us [the] soundtrack to Black Panther 2?,” tweeted another fan, in reference to the Black Panther soundtrack, which was executive-produced by multi-Grammy-winning artist Kendrick Lamar.

In 2018’s Black Panther, actor Chadwick Boseman, who passed away earlier this year, made history for his role as King T’Challa, the super-powered ruler of the secret, technologically-advanced African nation of Wakanda. It’s unclear if or how Marvel plans to honor Boseman or the likeness of his character in the sequel.

Marvel is owned by Disney, the parent company of ABC News.