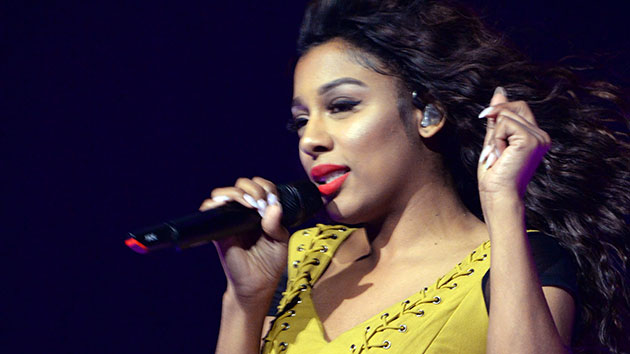 When most artists go viral on social media, it’s either for their music, something good, something bad or everything in between. But Victoria Monét couldn’t figure out why her name became a trending topic on Twitter late Thursday night.

“Ok but why am I trending,” tweeted Monet asking Twitter fans for answers.

According to Twitter, Monét was “heavily requested” under a tweet from fellow singer Normani about collaborations for her debut album. Fans were also heavily tweeting about Monét new song, “F.*.*.*,”whose title stands for “friend you can keep.”

“Oh,” wrote Monét in another tweet with heart emojis.

Monét released “F.*.*.*”, earlier this week, as part of her Monet Monday series. The fun, flirty song shows off Monet’s signature silky voice, as she sings, “Let me be the friend that you can keep/Pinky swear to keep you next to me/ Like a charm that fits you perfectly.”

In honor of the new song, Monét also announced special cards that can be mailed directly to your sweetheart on Valentine’s Day.

Victoria Monét is currently pregnant with her first child, and is preparing to release two additional installments of her critically acclaimed EP, Jaguar. The nine-track project was released in August 2020, and features her stunning singles, “Moment” and “Dive,” as well as “Experience” with pop singer Khalid and SG Lewis.

Mary J. Blige to appear on ‘The Late Show with Stephen Colbert’ this week