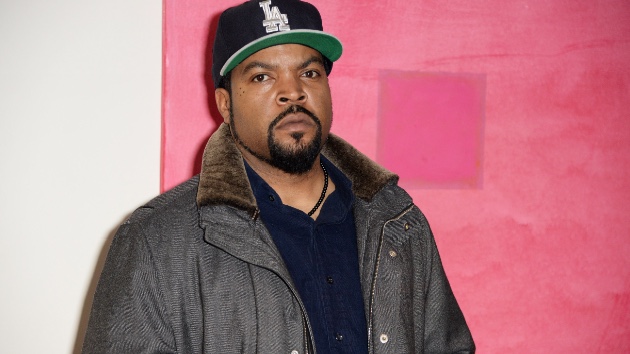 Carey, as Joe Biden says, “Decent folks out there, I ask, hasn’t Trump failed at his task? Do not elect him anymore. Though Ice Cube and Lil Wayne…”

“Are voting for,” added both Thompson and Reed, which prompted Carrey to ask, “Why in the name of all that is holy would you be voting for Trump?”

“Taxes!” responded Thompson as Ice Cube, and Reed as Lil Wayne in unison.

“Plus, Trump got a new platinum plan,” said Reed, while Thompson as Cube adds, “That’s right! If you got a platinum record you can plan on him doing photo op with you.”

As previously reported, Ice Cube is working with the Trump administration’s proposed ‘Platinum Plan’ for Black America, in partnership with his Contract with Black America, which the campaign claims will serve as “a blueprint to achieve racial economic justice” by addressing finance, police issues, criminal justice and education reform.

Lil Wayne and Trump posed for a photo last week after what he calls “a great meeting” to discuss the same plan. “The Platinum Plan is going to give the community real ownership. [Trump] listened to what we had to say today and assured he will and can get it done,” Wayne tweeted then.