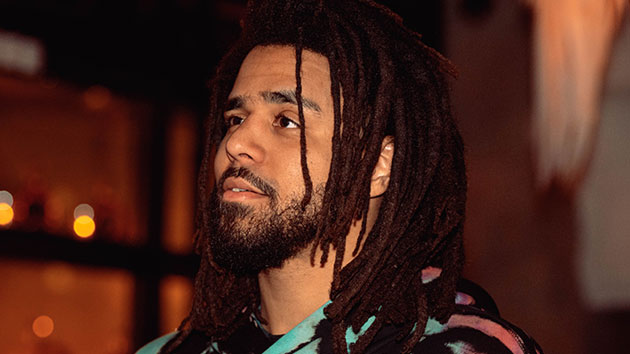 J. Cole has dropped a music video for his single, “amari,” after making his professional basketball debut with the Rwanda Patriots Basketball Club on Sunday.

On the track from his latest album, The Off-Season, the Dreamville label head mentions NBA player Russell Westbrook and his signature baby-cradling move after scoring a shot.

“Dreamville the Army, not a Navy / How could you ever try to play me? / Kill ’em on a song, walk up out the booth, do the Westbrook rock-a-baby,” Cole raps.

The rapper, whose birth name is Jermaine Cole, dropped three points, three rebounds, and two assists during his first game in the Basketball Africa League Sunday against Nigeria’s Rivers Hoopers Basketball Club, according to ESPN.

As game footage from Sports Center of Cole shooting a free throw circulated on Instagram, fans shared their reactions to watching Cole live his long-harbored dreams on and off the court.

“J. Cole? Nah, J. Goat,” wrote one fan in the comments,” while another said, “This is crazy. Predicted to sell 300K first week, plays first pro game in the same week. Goat.”

ESPN sports analyst and former NBA player Richard Jefferson wrote, “So much respect for everyone chasing their dreams. That being said, Countdown until this becomes too much…3…2…1.”

On The Off-Season, J. Cole shared his passion and enthusiasm for basketball and rap. The North Carolina native was a star player on his high school team and as a walk-on at St. John’s University before deciding to pursue a career in music in 2007.