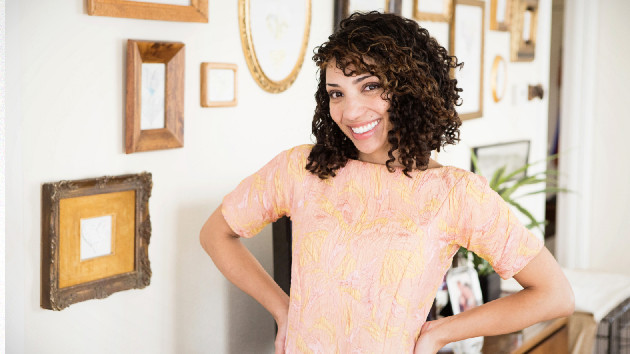 Nicole tells ABC Audio that it was refreshing to be on a series where being in a same-sex relationship didn’t need a special explanation.

“There’s no big introduction with the kids, like, ‘OK, Auntie Cherie is gay, that’s what this means. This is not her roommate. This is her girl[friend],"” she explains. “It’s pretty seamless.”

“I’m guessing at some point there was a discussion,” Nicole muses. “But the kids are so in love with Cherie and so they are by default in love with whoever Cherie cares about. And they all seem to get along.”

Nicole reveals that the way fans meet Lauren is also very organic and uncomplicated, noting that Lauren is first introduced in a “bar scene with Cherie and Punky” and quickly integrated into the family soon after.

“The very next episode, you see her just hanging out at the house,” Nicole says. “Hanging out with the kids, talking with them, chatting with them — which I really appreciate because not every family in the world has to have this long, big conversation about some people are queer and some people are not.”

“There are a lot of families that are progressive, that have been teaching their kids about the different ways that people love their whole lives,” she continues. “So it doesn’t necessarily always have to be a big family special episode. It’s like, ‘Oh, yeah, that’s Lauren. That’s Cherie’s girlfriend. Nice to meet you, Lauren. It’s cool."”

“I love that so much,” Nicole adds.