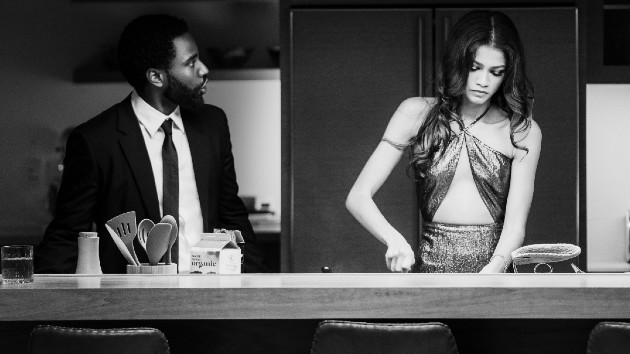 John David Washington is praising his younger sister Katia Washington, who he says has left an indelible mark on his latest project Malcolm & Marie.

In the Netflix drama — which stars John David and Zendaya as a not-so-perfect Hollywood couple who hash it out after a movie premiere — Katia Washington serves as a co-executive producer and the woman who “set the rules for safety.”

“Katia Washington did that,” Washington tells ABC Audio, noting that his sister made sure that COVID-19 safety protocols were in place before shooting. “And it will have an impact on this industry.”

“And I’m proud of her,” he continues. “And just the kind of leadership that is possible in movies [and] the movie industry — to inspire people that look like us, not only in front of the screen, but behind the camera as well. And Katia is an example of that.”

While making the film was “a lot of fun” and a family affair for Washington, the actor says working with Zendaya and the rest of the crew was also “an incredible experience.”

“I want to shout out to [director-writer] Sam Levinson [for] thinking outside of the box,” Washington adds.

Malcolm & Marie is now available to stream on Netflix.

Bobby V says ‘The Appetizer’ is the precursor to ‘Sunday Dinner’