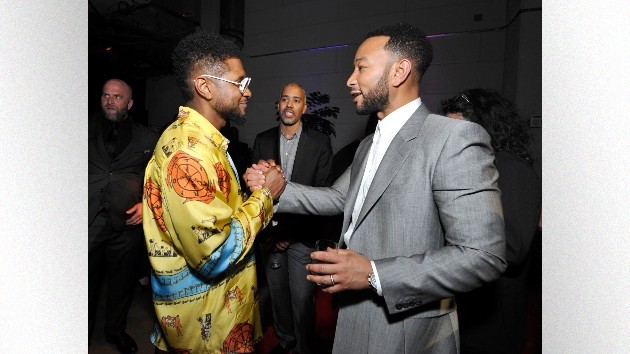 John Legend and Usher will perform in honor of the late Congressman John Lewis at The Beloved Benefit in Atlanta on Thursday, February 24.

Lewis represented Georgia in Congress for 33 years, from 1987 until his death in 2020 at the age of 80. Along with Dr. Martin Luther King Jr., he helped organize the historic March on Washington on August 28, 1963, where Dr. King delivered his iconic “I Have a Dream” speech.

Steve Harvey will host at the event, which will be held at Mercedes-Benz Stadium. Based on Dr. King’s concept of the Beloved Community, the Beloved Benefit will focus on the theme of economic mobility, with the goal of making Atlanta free of poverty, hunger, homelessness, racism and prejudice.

“It is such a privilege to serve as the emcee of the Beloved Benefit again this year,” Harvey said in a statement. “I’m honored to support this initiative as we build healthier and vibrant neighborhoods throughout this great metropolitan city.”