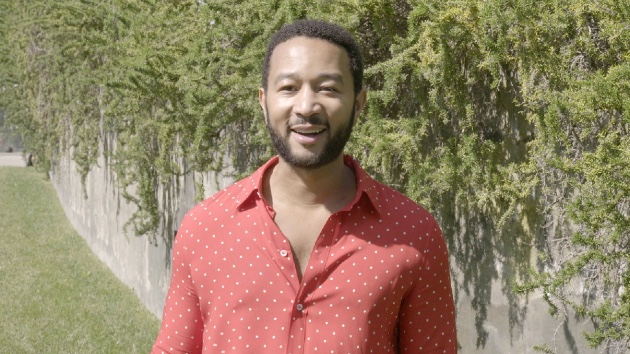 John Legend seemingly cannot practice the piano in peace when his two-year-old son Miles is around.

His wife, Chrissy Teigen, shared an adorable video of the “Wild” singer trying to entice his little one into a duet by playing the super catchy “Baby Shark.”  Unfortunately, the only thing his son wants to do is play… literally.

While Legend performs the PinkFong hit beautifully, Miles is more focused on smashing his little stuffed dog into the keys, hitting the notes at random.  When the tune picks up in speed, however, so does Miles’ smashing.

At one point, the toddler tries to show off his stuffed animal’s piano playing by holding it up and instructing, “Look, daddy!”

Before the adorable video cuts off, the Grammy winner is seen grinning down at his son, who is laughing uncontrollably.

Alicia Keys reflects on working with Issac Hayes, “one of the most amazing arrangers and producers of all time”