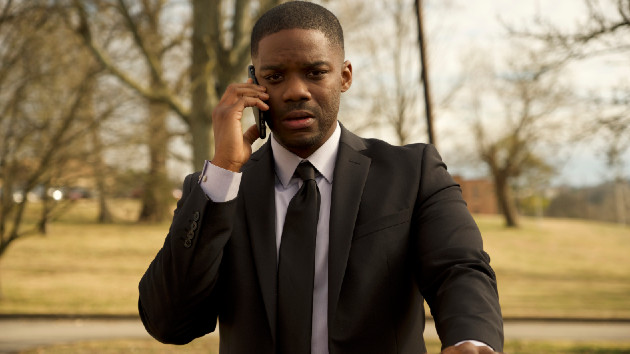 Jovan Adepo says he jumped at the opportunity to take on the role of Daniel, a troubled young man dealing with past trauma, in the Kerem Sanga-directed film The Violent Heart.

“I’m always excited to get an opportunity to play characters who have difficult pasts,” he tells ABC Audio. “And they’re trying to kind of find their sense or their own place in the world.”

In the romantic melodrama, Adepo’s Daniel, who still struggles with the memories of his sister’s unsolved murder, hopes to turn his life around with a career in the military.  When all seems lost, he meets Cassie, a high school senior who pressures him into a relationship. But Adepo believes that Daniel’s impractical life choices are not that uncommon.

“He’s somebody that I think a lot of people can identify with,” he says. “None of us are perfect. We are imperfect beings. And I think that Daniel had reached a point in his life where he had made a handful of mistakes that have kind of changed his path, [and he] found himself trying to figure out the best avenue to move forward.”

Adepo believes that in addition to showing how the past can hold us back, the film also shows how love can help us change our future.

“I think no matter what your past looks like, we all have that opportunity where we can look inward [and] try to kind of reestablish things and do whatever we can to kind of adjust our path,” he adds.

Eric Benét reminisces over his life and career: “I am grateful for…the mistakes, the victories”