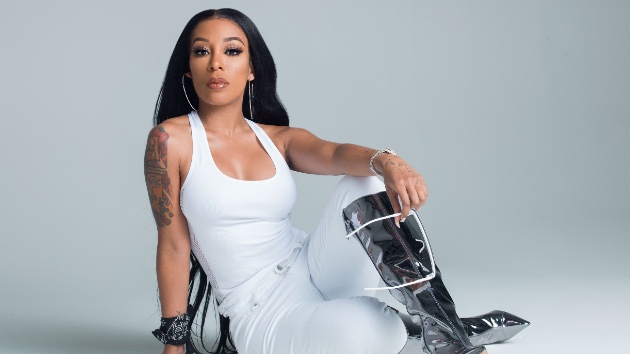 The two worked together during the early years of K. Michelle’s music career, which she detailed on 2014’s “Build a Man.”

“I swear if Rob was here so many of my musical questions would be answered,” tweeted K of Kelly. “If you have a mentor u need to learn as much musically as possible, but I took so days of learning for granted never knowing this would happen to him.”

She continues, “I’m trying to create the most genuine last R&B record and I really need to play it for him but u can’t. It hurts. I have to be confident in my skills and do this alone.”

After receiving backlash from fans who mentioned Kelly’s upcoming trials for child pornography and sexual assault, among other allegations, K clarified she wasn’t defending him.

“Wrong is wrong but within separating the man from the music, musically I’ve trusted him my whole career and now it’s time to trust my own self,” she explained. “No one will ever understand how heavy it is watching the person who saved your life be crucified in front of the world for their sickness.”

After more backlash, K. Michelle returned to admit she has “no regrets” about her comments, and declared she had “conversations” with and “offered help” to some of Kelly’s alleged victims. She further advised fans not to be “bull[ied] into or out of your true emotions” on social media.

“You have the full right to be a free thinker and should be able to THINK without out fear. God bless! There’s some music to be made,” K tweeted Wednesday, referencing her upcoming album, which drops in February.

“Something wicked this way comes”: See Denzel Washington in stark teaser for ‘The Tragedy of Macbeth’

Lil Jon reveals what surprised him most about ﻿’Bachelor in Paradise’