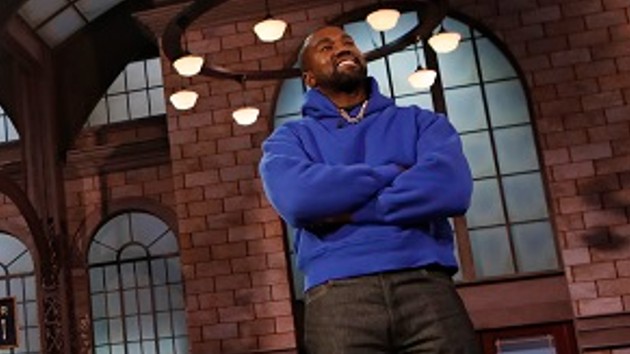 Kanye West on Thursday released a new music video for “24,” from his Donda album.

The video, directed by Nick Knight, picks up where West’s second listening party left off — with the rapper rising toward the ceiling of Atlanta’s Mercedes-Benz Stadium, then flouting out of the stadium and soaring through the clouds.

Donda arrived last month after multiple delays.  Despite Kanye’s complaints that the 27-song collection was released without his approval, it topped the Billboard 200 in the first week of its release, becoming West’s 10th #1 album.