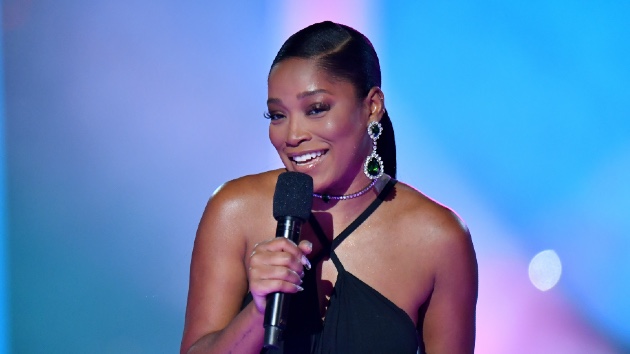 The multifaceted Keke Palmer looks ravishing on the first digital cover of Grazia USA, the American counterpart of the Italian publication.

We first met Keke Palmer as a sassy kid actor in films such as Barbershop 2: Back to Business, Madea’s Family Reunion, Akeelah and the Bee and Disney’s Jump In, but now she’s expanded into music and hosting gigs.

She tells the magazine that her boss lady tendencies come from intentional efforts to elevate her career, while encouraging others along the way.

“I don’t want to always be Keke Palmer, the star. I want to be able to encourage other people and create platforms for others to grow and shine the way that others have seen me do,” she explains. “So, for me to be supported in this way, it just continues to guide me towards the direction of where I want to go with my life and my career.”

Lately, Palmer’s remained booked and busy with more series and films, like her upcoming role in the pre-Civil War drama, Alice and Jordan Peele‘s next film. Next up, the 27-year-old will host and executive-produce the Disney+ competition series, Foodtastic, which features challenges revolving around Disney-inspired foods.

“I’ve been working for Disney, the corporation, since I was 10-11 years old and now I’m executive-producing and doing other things,” Palmer continues. “I’m not even just acting. I’m hosting, and I’m 27, so I essentially have worked 20 years for the company. And to be where I’m at, it came from hard work.”

Foodtastic is set to premiere later this year.

Disney is the parent company of ABC Audio.

Cardi B opens up to Mariah Carey about inequality in music industry: “It’s kind of insulting”

Michael B. Jordan admits Chadwick Boseman’s death is what “made me cry the most this year”