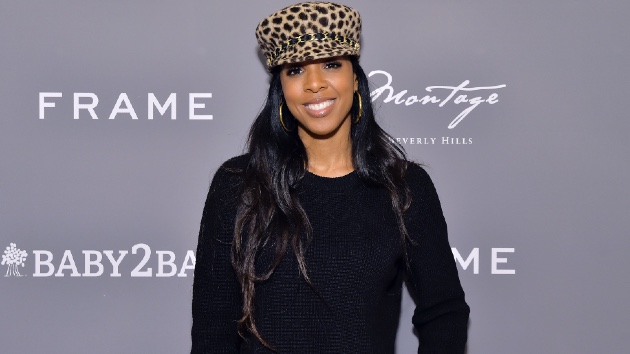 Almost one month after welcoming her second child, Kelly Rowland returns with her new EP, K.

The six-song project, her first since 2013’s Talk a Good Game, is a collection of feel-good songs and bedroom hits such as “Coffee,” “Hitman,” and “Crazy.”

To accompany her new EP, the Destiny’s Child alum has released a stunning video for her new single, “Flowers”.  It finds Kelly in a variety of red, yellow and purple gowns, singing about not taking someone for granted while surrounded by a team of dancers.

“The way you hold me down, I owe it/I know you see me now, I’m glowing,” sings Kelly.

K is also an ode to being unapologetically Black and embracing self-love, as heard on Kelly’s rhythmic single, “Black Magic.” She says she was “excited” the first time she heard the track, produced by Sak Pase.

“I just got so excited because the beat just felt so alive, you know what I mean? I feel like it had a heart race to it,” Kelly tells Essence. “Every lyric moved me as well. From relationships to the history of Black people and our Black magic, and how it just showcases us as strength and pride and joy.”

“I also kept thinking about my son,” she continues. “It’s a song he can listen to for years to come, which was something that meant a lot to me.”

Between music, motherhood and starring in Lifetime’s Merry Liddle Christmas Wedding film, Kelly Rowland proves she can do it all. She celebrated her 40th birthday last Thursday after welcoming her second son, Noah Jon, with husband Tim Weatherspoon on January 21. The couple also has a six-year-old son, Titan.

What we learned from Prince Harry, Meghan Markle’s interview with Oprah