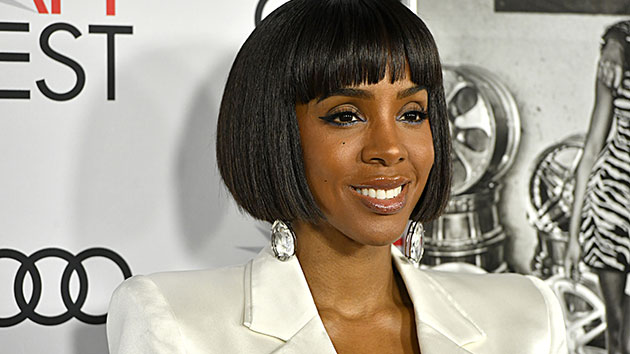 The “Dilemma” singer announced Saturday that she welcomed her second child, a son named Noah Jon, alongside husband Tim Weatherspoon.

“On the 21st day, of the 21st year, of the 21st Century, Noah Jon Weatherspoon greeted us,” Rowland, 39, wrote on social media alongside a photo of her newborn and her 6-year-old son, Titan Jewell.

Rowland first revealed she was pregnant again in an October interview with Women’s Health magazine.

“We had been talking about [having another child] loosely, and then COVID happened, and we were just like, ‘Let’s see what happens,"” she said at the time, adding that she got pregnant soon after.

The four-time Grammy winner discussed her apprehension about sharing the good news but ultimately decided to: “And being able to have a child…I’m knocking at 40s door in February. Taking care of myself means a lot to me.”

Rowland and Weatherspoon have been married for nearly seven years, having wed in May 2014. The couple welcomed Titan a few months later, in November 2014.

Kodak Black claps back at rumors he’s a clone, “You can’t duplicate this”

‘Dance Your Dance’: Laurieann Gibson shares how seeing representation in Alvin Ailey made her feel legitimate as a dancer