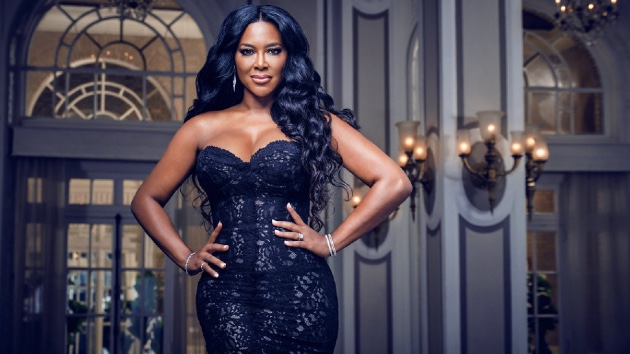 Kenya Moore is finally accepting accountability for her “disrespectful and insensitive” decision to dress in a Native American headdress on Sunday night’s episode of Real Housewives of Atlanta.

“I want to sincerely apologize for inappropriately wearing the Native American headdress as a costume,” she tweeted Tuesday. “I now realize that this was both disrespectful and insensitive and would never have done it if I had that knowledge and understanding beforehand. I regret it. When you know better, you do better. I am genuinely sorry.”

Prior to her mea culpa, Moore hit back at critics who called her out for her cultural appropriation on the Halloween-themed episode. In a now-deleted tweet, Moore explained that her “Warrior Princess” costume was “also part of [her] heritage.”

The former beauty queen’s apology came after IllumiNative — a Native-led nonprofit focused on raising visibility of Native issues and voices — called out Moore and RHOA’s network, Bravo, in a statement.

“Costumes that mock Native peoples, defame our traditions and cultures, and perpetuate negative stereotypes are racist. ‘Playing Indian’ is a form of mascotry that is not just offensive, it is part of a long history of how Native peoples have been dehumanized,” the statement read in part. “Countless research studies show the harm these images, actions, and the normalization of these behaviors have on our youth.”

Bravo also addressed the incident in Kenya’s post’s comments, saying they didn’t properly address “the gravity of the situation.”

“Bravo aims to have the highest standards of respect and inclusivity and we recognize that the recent episode of The Real Housewives of Atlanta, in which a cast member wears a Native American costume, did not uphold those values,”the statement read. “We apologize to both the Native American community and our audience as a whole.”