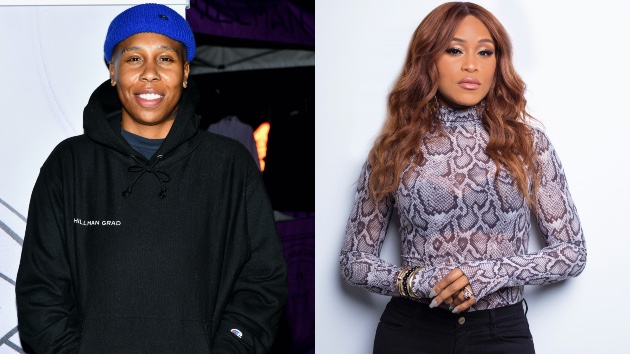 Amy Sussman/Getty Images;Courtesy of TV One

According to Deadline, a slew of new series and films are coming to networks and streaming services near you.

BET+ has officially picked up the upcoming dramedy, Birth of Cool, under Lena Waithe‘s Hill Grad Productions company. The 10-episode series, written by Juel Taylor and Tony Rettenmaier, follows students and teachers at a predominantly Black high school in Compton, “as they try to make it through the weird, hilarious, stressful, often sobering, sometimes surreal school year.”

Next up is ABC’s new hip-hop drama pilot, Queens, from Zahir McGhee with Grammy-nominated rapper Eve as lead. According to Deadline, the story follows four “estranged and out-of-touch women in their 40s,” who reunite for a chance to reclaim their fame as the popular hip-hop group, Nasty [Women].

Eve will record and perform songs as her character, Brianna, also known as “Professor Sex — one fourth of the iconic 90s hip-hop group, [known for] rapping about money, sex and her all-around glamorous lifestyle.”

Washington plays Professor Dovey and Theron portrays Lady Lesso in the mysterious film based on Soman Chainani‘s young adult fantasy novel. The film follows best friends Sophie and Agatha discovering their fantasy legacies at the mysterious School for Good and Evil, “where ordinary boys and girls are trained to be fairy tale heroes and villains.”