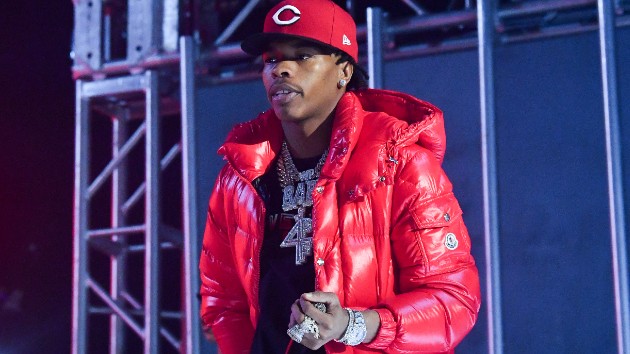 Lil Baby has won the award for Artist of the Year at the second annual Apple Music Awards thanks to his monumental sophomore album, My Turn.

This year, Lil Baby positioned himself as an authoritative voice in the music industry after releasing his moving protest anthem, “The Bigger Picture” in June, which was hand-selected by the streaming service’s global editorial team.

With My Turn, Baby became the first artist to go double platinum in 2020.

“This year has changed me a lot. Now that I’m an artist, I feel like my voice can get heard through my music and I needed to say something,” said Baby in a statement. “And my fans listened. So thank you to my fans and thank you to Apple Music for giving me a special way to connect to my fans.”

Next up, Megan Thee Stallion won Breakthrough Artist of the Year for her successful “WAP” collaboration with Cardi B and the “Savage” remix with Beyoncé, both of which have collectively been played on Apple Music more than 300 million times globally.

“This is a really big accomplishment for me,” said Megan. “Apple Music has been rocking with me for so long, even before making me an Up Next artist, and I am just very appreciative and very grateful. I will forever love ya’ll as much as ya’ll love me.”

Meanwhile, rapper Roddy Ricch won two Apple Music honors based on streaming data for his Grammy-winning debut album, Please Excuse Me for Being Antisocial, which was named Album of the Year. Its lead single, “The Box,” won Song of the Year, after gaining more than 460 million Apple Music streams.