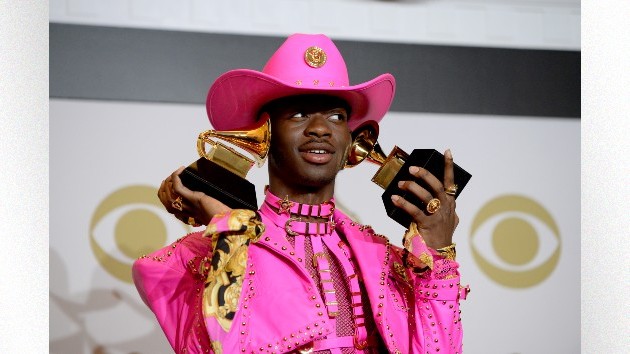 As Fashion Week approaches in February in New York City, Rolling Stone has made a list of “The 25 Most Stylish Musicians Now,” and Lil Nas X leads the list, whose top 10 also includes Cardi B and fashionable couple Rihanna and A$AP Rocky.

Writing about the “Industry Baby” rapper, Rolling Stone notes, “He’s managed to turn his every look into a conversation starter.” Cardi, who is number three on the list behind Lady Gaga, has a fashion sense “as effortlessly bold as her raps,” says the magazine.

“Not everyone can seamlessly blend the coveted threads of Chanel and tawdry pieces from Fashion Nova, but she does it with ease,” the publication adds.

Rihanna is number seven and Rolling Stone writes of the richest woman in entertainment, “In 2021, she delivered another noteworthy show with her size-inclusive lingerie line, Savage X Fenty, and turned the streets of New York into her runway in vintage Dior.”

Rih’s significant other Rocky is number eight, thanks to his “fiercely individualistic aversion to flashy trends,” says Rolling Stone.

Both Knowles sisters are on the list: Solange at number ten, and Beyoncé at twelve.

“When it comes to understanding the sense of wonder that comes with getting dressed, Solange is in a league of her own,” the publication writes about the “Sandcastle Disco” singer, while Queen Bey is praised for her “constantly evolving, ever-adaptable, and enduringly influential” fashion sense.

Kanye West is number eleven, between Solange and Beyoncé.  “As polarizing as his creations as a designer have been, Kanye West has set his own standard in combining music and fashion,” Rolling Stone writes of Ye.