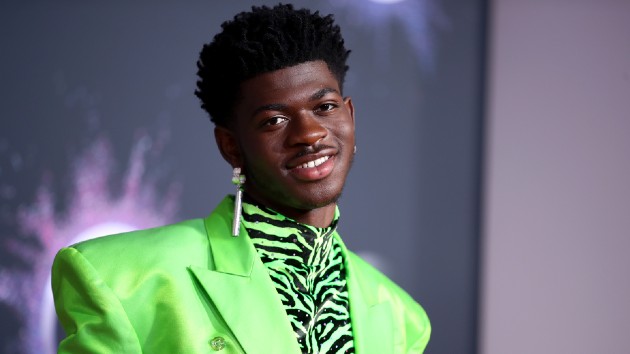 After releasing his festive “HOLIDAY” single, Lil Nas X is gearing up for his next era in music — starting with his long-awaited single “Montero (Call Me by Your Name)”.

The rapper, born Montero Lamar Hill, dropped the track’s official art and confirmed that fans will finally hear the song by the end of the month.

While fans are delighted to get their hands on new music, Lil Nas turned heads with the promo art — which is a spin on the famous “The Creation of Adam” fresco painted by Michelangelo.

Lil Nas’ take shows two versions of the Grammy Award-winner posing in the buff, said for a few well-placed clouds and plants.

A red haired version of the 21-year-old is reclining on a cloud as Adam, and has his hand outstretched to his doppelgänger, but instead of red-hair, he’s sporting a long thin braid.

The braided Nas X, as God, is aiming an arrow at his counterpart, but instead of the arrow being tipped with a spear, it has a mannequin hand at the end.

The “Old Town Road” singer first teased his upcoming single in July 2020 and shared a clip, which earned a glowing review from Rihanna, who certified the song as “bangin’.”

“Montero (Call Me by Your Name,)” which arrives March 26, is available for pre-save now on Lil Nas’ official website.