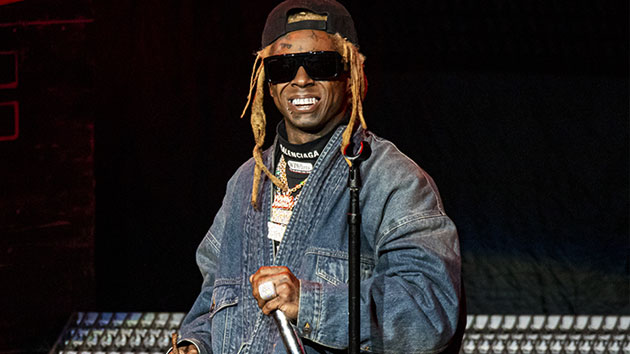 A day after receiving a pardon from former President Donald Trump, Lil Wayne took to Twitter to express his thanks.

“I want to thank President Trump for recognizing that I have so much more to give to my family, my art, and my community,” the Grammy-winning rapper, shared Thursday.

Wayne, born Dwayne Michael Carter Jr., also thanked his lawyer, Bradford Cohen, “for working so diligently to secure another chance” for him.

The rapper, 38, was among the 143 people Donald Trump pardoned on his last day in office.

Wayne was expected to appear for court later this month after pleading guilty in December 2020 to illegally possessing a loaded weapon and ammunition as a convicted felon while traveling to Miami on a private jet.

He is prohibited by federal law from owning a firearm due to his eight month sentence in Rikers Island for a 2010 felony weapons charge.

For these new charges, Wayne was facing 10 years in federal prison. The charges stemmed from the day of December 23, 2019, when was an anonymous tip led Miami police officers and federal agents to search and find a gold-plated .45-caliber gun in Wayne’s bag, in addition to other belongings.

Wayne referenced the 2019 federal weapons charges in a new song released the the night of his pardon, “Ain’t Got Time”.

The lyrics include the lines, “The feds, they hot on us, 100 on the thermometer/They raided my private plane, got one that’s more privater” and “FBI arrest me, why?”