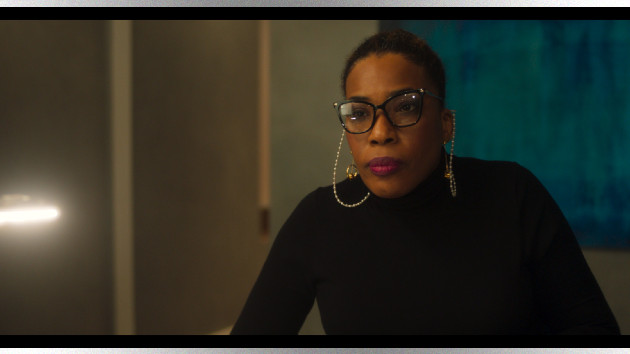 Grammy-Award winning singer Macy Gray is tapping into a darker, more unpredictable side with her new horror-thriller Phobias.

In the film, Gray plays Renee, a captive “patient” who suffers from the extreme phobia atelophobia, better known as the fear of imperfection. Gray tells ABC Audio that preparing to become the deranged character wasn’t an easy task.

“In preparing for it I get super focused,” she says. “I always go spend time with my acting coach and all the memorizing — sometimes I do that with my kids. They read me lines. There’s a lot of prep.”

Part of the prep, Gray says, is also making “sure you look the part.”

“Renee is this boss, you know, she got a little money and so she probably doesn’t eat as much as I do,” the singer laughs. “So, you know, I took off a little bit of weight and stuff like that.”

After plenty of rehearsal and time to transform, Macy says she’s then officially ready to let her hair down.

“So there’s a lot of prep, but once I’m on set it’s very important for me to just… let go,” she says. “To be not uptight or even really focused. Just be completely Renee, and, you know, and be able to swing it.”

Phobias, also starring Leonardo Nam and Hana Mae Lee, will be available in theaters, on demand and digital on Friday, March 19.