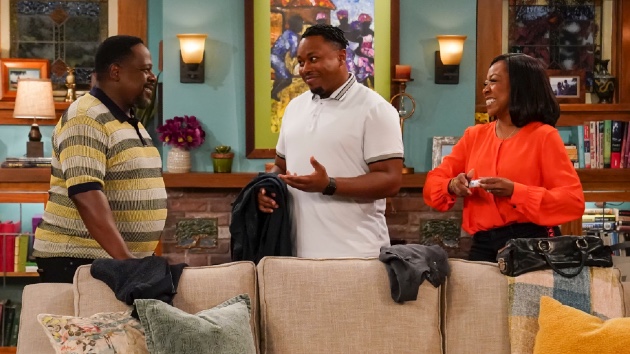 Marcel Spears is one of the funniest stars on CBS’ hit comedy series, The Neighborhood. Spears plays Marty Butler, the youngest son of Calvin and Tina Butler, played by Cedric the Entertainer and Tichina Arnold.

“When I first started working with them it was nerve-wracking because Cedric is a King of Comedy. I’ve grown up watching Cedric and Tichina,” he tells ABC Audio. “Tichina is probably one of the funniest actresses. She has been in my house consistently since I was a kid.”

“And so these people are now playing your parents, which is good because you already have like the kind of reverence for them, for their talent and your work,” Spears continues.

He admitted he initially was worried about not “messing up” in front of Cedric and Tichina, both of whom he says always made him feel comfortable on the set.

“They welcome you. They make you feel so comfortable. It’s like 100-mile-an-hour laughs,” Spears says. “It’s hard sometimes to tape because everybody on set is funny. Everybody on set has something interesting to say or they’re trying to make you break character.”

“It’s always a good time on set,” adds Spears. “We really get along and it feels good when Cedric the Entertainer says, ‘yo, that was funny.’ It feels good when Tichina Arnold says, ‘you did that scene…that was really good."”

The Neighborhood airs Mondays at 8 p.m. ET on CBS.