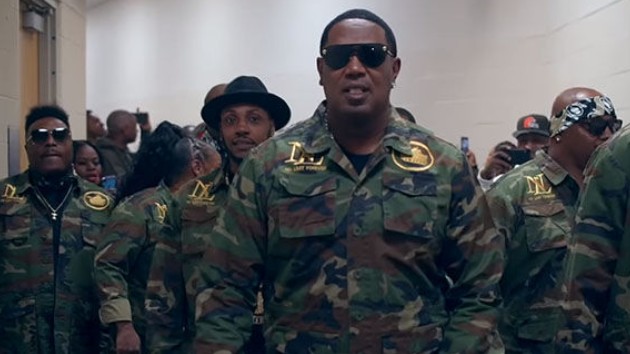 Percy “Master P” Miller was honored with the I Am Hip Hop Award at the 2020 BET Hip Hop Awards for his outstanding contributions to music and hip-hop culture Tuesday night.

The rapper-turned-business mogul said were it not for him moving from his hometown in New Orleans, Louisiana to California in 1988, he might not be as successful as he has become today.

“Getting away, during that time [when] New Orleans was the murder capital world, if I didn’t move, I’d probably be dead or in prison,” P tells ABC Audio.

He recalls packing up his family and moving to the Golden State, where they went from “one ghetto” to the next before he successfully started his label, No Limit Records, which he says “changed my life and saved my life and changed my mindset.”

“It made me want to work harder,” added P. “So, yeah, sometimes you gotta get away.”

Aside from launching No Limit Records in 1991, Master P has created various avenues of generational wealth with his hands in real estate, film and television. There’s also his luxury sneaker collection, Moneyatti, and his most recent business endeavor, Uncle P’s Louisiana Seasoned food products.

P said this generation could learn a lot from his story of working from humble beginnings to success, which is documented in his No Limit Chronicles docuseries, currently available on YouTube.

“I think it’s also educational to the next generation,” says Master P. “I don’t want them to make the same mistakes I made. They need to learn from my mistakes [and] learn from my family members’ mistakes.”