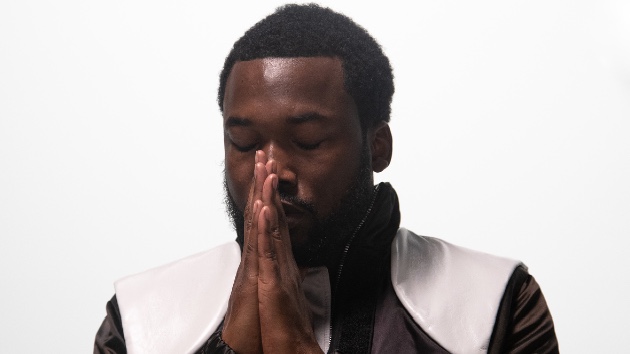 Meek Mill is willing to give some Philadelphia rappers the opportunity of a lifetime, under one condition — they stop the violence.

According to a screenshot captured by The Shade Room, on Monday the 33-year-old rapper tweeted, “I’ll get all the main artists in Philly a deal if they put them bodies behind them and squash them beefs.”

“I hear about…got some young bulls from my city but they all beefing! And that’s just an idea but I’ll push thru with my city if y’all make it a thing,” he added. “It’s like 5 cliques that’s talented but they deep in! And get they most attention when they beefing!”

While Meek seemed to only want to make his hometown a safer place, his tweet prompted local artist Poundside Pop to call him out and left fans split over the proposition.

“How is Meek wrong?” one user asked. “Why give a deal to somebody just for them to… go to jail or get killed lol?”

Another called the “Dreams and Nightmares” artist “dumb” for thinking that a record deal would make people forget how they were wronged.

“Meek dumb asf. He think he the voice of reasoning,” the Twitter user wrote. “He needs to take a step back from the ego and realize that it ain’t that simple. NO MAN IS GONNA FORGIVE THE OTHER MAN FOR KILLING HIS BROTHER.”

As of Monday night, it appears that Meek’s Twitter and Instagram have been deleted. It is unknown why.

Janet Hubert to recur on ‘The Last O.G.’; Robert Townsend to be honored at the Micheaux Film Festival

Jeezy and Jeannie Mai donate over 1,000 bicycles to Atlanta’s youth