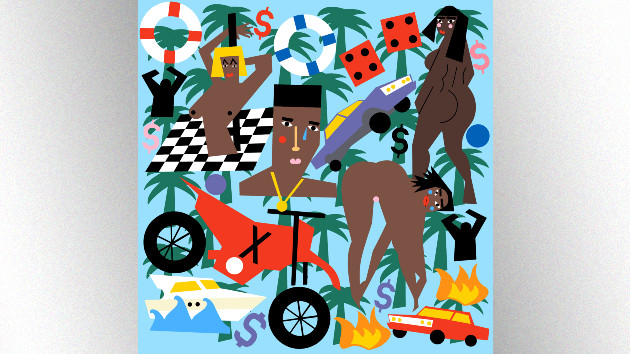 October is going to be a great month for Queen Naija and Meek Mill fans.

First up, Meek Mill has set a Friday, October 1, release date for his long-awaited, fifth studio album, Expensive Pain. As part of the announcement, the Philly rapper unveiled the album artwork, which was created from an original painting by renowned artist Nina Chanel Abney. The album will include Mill’s newly released songs, including “Sharing Locations,” featuring Lil Durk and Lil Baby, and “Blue Notes 2,” featuring Lil Uzi Vert. Expensive Pain serves as Meek’s first full-length album since 2018’s Championships, which included collaborations with Jay-Z, Drake, Cardi B, Future, Ella Mai and many others.

Also scheduled for October, Queen Naija is taking her music on the road. In an Instagram post on Wednesday, the singer announced The Butterfly Tour, which officially launches in Atlanta on October 17.

The tour — which comes after Naija took the number-one spot on Billboard‘s Top R&B Albums chart with her debut album, missunderstood — will include shows at Brooklyn Steel in New York City and St. Andrews Hall in Queen’s hometown of Detroit. Chicago-based R&B singer-songwriter TINK has also been confirmed as a special guest on most of the tour’s scheduled dates.

Tickets for The Butterfly Tour go on sale this Friday, September 17, at 10 a.m. local time at IAmQueenNaija.com.

Watch trailer to ‘True To the Game 3’; Jonathan Majors to star in ‘Magazine Dreams’; and more