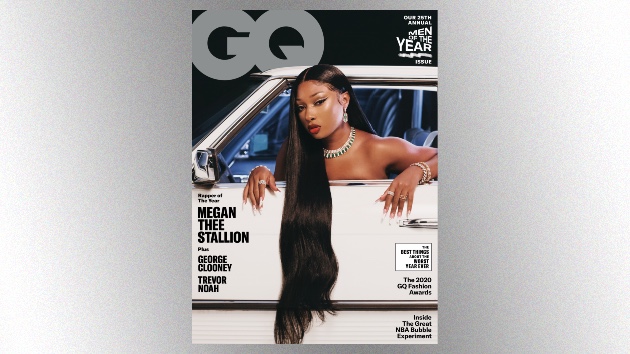 Megan Thee Stallion is GQ Magazine‘s Rapper of the year and following her shooting incident with Tory Lanez this past summer, she’s taking full control of her story.

“I was like, ‘I have to take control of this,"” says Megan in GQ’s annual Men of the Year issue. She says she reminded herself, ‘I’m still Megan Thee Stallion."”

In the interview, the “Savage” rapper detailed her account of what took place during the widely publicized incident on the night of July 12. She recalled getting into an SUV with Lanez and two others after leaving a pool party in the Hollywood Hills, after which an argument ensued in the car.

Megan declined to share details about the argument.  She previously named Lanez as the person who shot her in both of her feet, but she now tells GQ that Lanez offered her and her friend money in return for their silence.

“[At this point] I’m really scared,” she recalled. “Because this is like right in the middle of all the protesting. Police are just killing everybody for no reason, and I’m thinking, ‘I can’t believe you even think I want to take some money. Like, you just shot me."”

Afraid of being targeted by police herself, Megan says she told responding officers her bloodied feet were the results of getting cut.

“When something actually happens to you, when you properly should have protected yourself, your first instinct was not to protect yourself, it was protecting other people,” she reflects. “So it was like, ‘What do I do?’ ‘What do I say? Is anybody going to believe what I’m saying?"”

Last month, Tory Lanez was charged with felony assault, though on his latest album DAYSTAR, he denied sthe charges. Lanez’s lawyer denied to GQ that he offered Meg and her friend money.