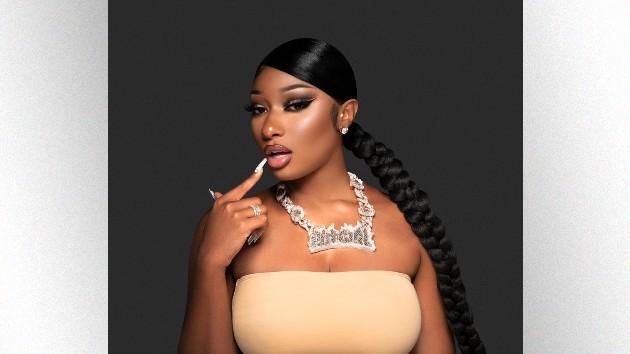 Fans are super excited for Megan Thee Stallion to make her official debut with her new album, Good News — and so is she.

On Tuesday, the “Savage” rapper dropped the track list for her new album on Instagram. For her official debut, Megan enlisted features from the City Girls, reggae star Popcaan and Lil Durk, as well as her “Cash S**t” and “Nasty” collaborator, DaBaby.

Also on the 17-track album, Megan plans to have a discussion about “Freaky Gurls” with Ctrl singer SZA. Yet, the most enticing track looks to be the album’s opener, “Shots Fired.”

Fans are looking forward to Megan’s in-your-face, robost lyrics and her positive attitude, which she uses to empower all women in everything they do. As a rapper, college student and philanthropist, Megan says she’s simply here “to come stir the Kool-Aid.”

“Even if it’s me rapping or if it’s me having a conversation with somebody, I’m going to make you feel like you are that [chick],” she tells GQ magazine. “Because you’re already that [chick] — you somehow just need it stirred up for you. It’s like, when you put the Kool-Aid in the water and it all fall to the bottom. But when you mix it up with the sugar, now it’s Kool-Aid. You just need somebody to stir it up for you. That’s me.”