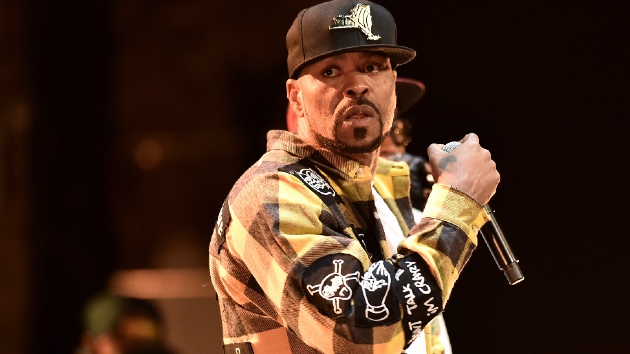 Wendy Williams spilled the beans last week when she revealed during an interview with DJ Suss One that she allegedly had “a one-night stand” with legendary rapper Method Man.

On Monday, Meth’s wife, Tamika Smith, responded to Wendy’s claims in a lengthy statement via her Instagram story, captured by The Shade Room.

“For years, I kept my silence while Wendy Williams launched constant verbal attacks against my husband, myself, and our family,” wrote Smith. “In the past, I ignored her lies, innuendos and blatant attempts to provoke us. But Wendy has proven again and again that she is incapable of any decency.”

Smith believes the TV host and former radio personality has an “unhealthy fixation with my husband and our marriage,” suggesting Wendy had “self-hate and low self-esteem issues.”

“Instead of using her platform to uplift women, she had spent her career attacking marriages while her own fell apart. She criticized celebrities despite her own struggles with substance abuse,” she continued.

Smith also mocked Wendy’s 2020 divorce from Kevin Hunter and claimed Wendy referenced the alleged Method Man tryst as a “publicity” stunt to promote her Lifetime films, Wendy Williams: The Movie and The Wendy Williams Story…What a Mess!, which both premiered Saturday.

“In an obvious attempt to increase ratings for her sad biopic, her struggling TV show, and her burnt out career, Wendy has once again targeted my husband,” Smith continued.

“For the record, my marriage is solid, my husband continues to enjoy a successful career, and Wendy will forever be one of the most miserable [women] on the planet,” Smith concluded about her 20-year marriage.