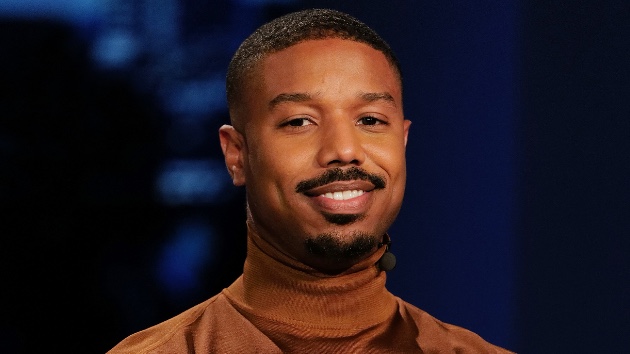 Jordan, 33, tagged Harvey when he posted a series of images of the two cozying up on Sunday.  While the Emmy Award-nominee didn’t write anything in caption, the sweet photos did all the talking.

Shortly after making the announcement, Harvey, 23, took to social media to share even more romantic Polaroids of the two.  She used a single brown heart emoji to caption the post.

The two initially sparked romance rumors in November when they were spotted out and about in Atlanta, Georgia the day before Thanksgiving.  They were photographed leaving a plane together and entered the same vehicle waiting for them on the tarmac, says TMZ.

Harvey, who lives in Atlanta, is the daughter of Family Feud host Steve Harvey. She has previously been romantically linked to the rapper, Future.

Now that Jordan has come clean about having a new leading lady in his life, some fans were, understandably, left brokenhearted.

One fan repeatedly wrote “don’t cry” in one comment while another pouted, “My heart!!! It hurts! That should have been me.”

The army of broken hearts were outweighed by a healthy dose of support from excited friends, such as actress Sophia Bush who celebrated, “Some JOY!”  Gabrielle Union commented on both their photos and called the two her “Faves.”