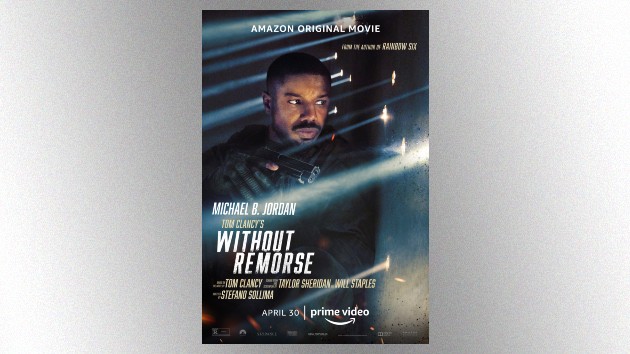 Jordan will be wearing his actor and producer hat for the action thriller Without Remorse, which is based on Tom Clancy‘s 1993 novel. Jordan plays a former Navy SEAL named John Clark who uncovers an international conspiracy while seeking justice for the murder of his pregnant wife.

Without Remorse also stars Jodie Turner-Smith, Lauren London, Colman Domingo, Jack Kesy and Fantastic Four’s Jamie Bell. The film kicks off the expansion of Jordan’s Outlier, which includes an exclusive overall relationship in television and a first-look film deal. The creative partnership intends to “produce and acquire elevated films showcasing diverse, bold filmmakers and talent for the studio’s ever-growing original movies slate,” according to a statement.

Jordan and Outlier Society, which launched in 2016, will see cross-collaborations within Amazon’s vast businesses, from fashion, Audible, music and more, including Jordan’s appearance in Amazon’s Alexa big game ad. The company’s goal is to bring diverse stories to the forefront of Hollywood, starting with upcoming films such Creed III and the Denzel Washington-directed feature Journal for Jordan, with Jordan as star and producer.