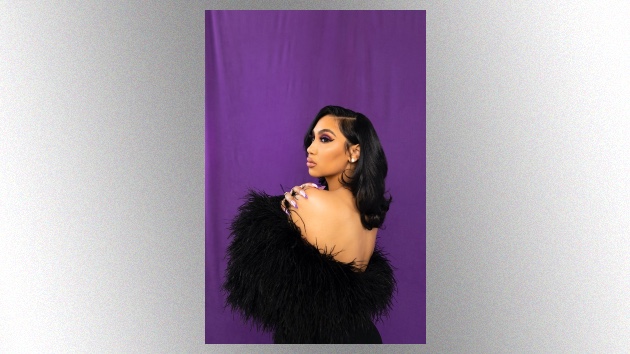 Queen Naija is gearing up to release the deluxe edition to her chart-topping debut album, Missunderstood.

Titled Missunderstood…Still, the update will feature “Butterflies Pt. 2” with Wale and unreleased tracks such as “Love Is,” featuring New York rapper J.I. The Prince of NY.

Missunderstood…Still will also feature Queen’s recent collaboration with Ari Lennox, “Set Him Up,” in which the R&B powerhouses exchange details about their lovers, not realizing they’re describing the same man.

“Love the way he smell when he wear that Tom Ford / Hit it so good, had me beggin’ for some more,” Queen sings, before Ari adds, “Ooh-ooh, ooh girl, I know how you feel / My man wear the same scent / Told him it’s my favorite.”

Fans on social media compared “Set Him Up” to R. Kelly and Usher‘s 2007 collaboration “Same Girl,” in which they discuss dating the same woman.

“‘Set Him Up’ is just the female version of “Same Girl,"” tweeted one fan, while another wrote, “@Arilennox and Queen Naija did what needed to be done. This is a vibe.”

Some went even further back, comparing “Set Him Up” to Brandy and Monica‘s 1998 Grammy-winning single, “The Boy Is Mine.“

One fan tweeted, “‘Set Him Up” is definitely giving me Brandy & Monica “The Boy Is Mine” with a splash of R. Kelly & Usher’s “Same Girl” [with] their own originally. I’m here for it.”