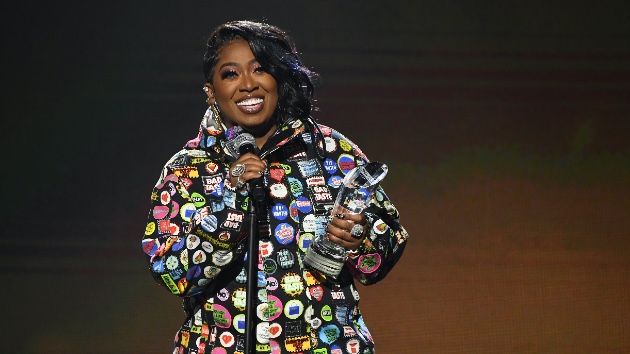 Missy Elliott has officially cleared up the meaning behind Tweet’s hit single “Oops (Oh My).”

It was lyrics like: “Mmm, I was looking so good, I couldn’t reject myself / I was feeling so good, I had to touch myself” and “I was eyeing my thighs, butter pecan brown” that led fans to believe the song had a specific sexual undertone.

“It’s that clever [C]ancer songwriting,” wrote singer/songwriter Jessie Woo, who shares the same birthday week in July with Elliott. Another fan wrote, “Regardless, it was a bop, Melissa.”

Missy and Timbaland produced a world-class hit with Tweet’s “Oops (Oh My)” in 2002. The song topped Billboard’s Hot R&B/Hip Hop songs chart and peaked at #7 on the Hot 100 song chart. It was also featured on Tweet’s critically-acclaimed debut album, Southern Hummingbird.