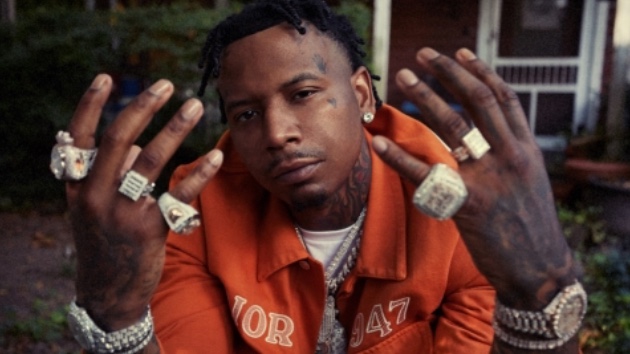 Moneybagg Yo has released a music video for his new single, “Time Today.”

In true Bagg fashion, the Memphis rapper addresses the rumors and the gossip from the haters on the bold and brazen track. The accompanying Ben Marc-directed video sees Bagg holding a press conference on the faux OPPS 8 news channel, where Bagg declares, “I got time today, [eff] it I’m crossing the line today.”

“I’m worth it, the proof in the pudding / Surrounded by [women] (Four of ’em) / I’m lookin’ like William but that ain’t my girlfriends,” Bagg raps.

Moneybagg Yo is flying high off the success of his 2020 album, Time Served. The star-studded project features appearances with Future, Lil Baby, Black Youngsta, DaBaby, Megan thee Stallion,Summer Walker, Fredo Bang and more and debuted at No. 3 on the Billboard 200 albums chart — Bagg’s highest debut yet. It was followed by a deluxe version, including new features from Lil Baby, Big 30, Big Homiie G and Rylo Rodriguez.