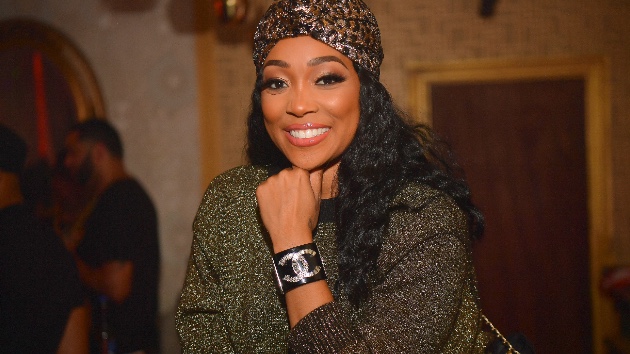 Fans have been dying for new music from R&B legend Monica, and now it appears it’s here.  According to her Instagram bio, Monica’s new album, Trenches, arrives this Friday, Nov. 20th.

However, a recent interview with Yahoo Entertainment suggests Trenches may actually arrive in early 2021.

“People want an album. They want you to keep moving,” Monica says.  “But I’m not a machine.”

Monica’s ninth album was originally titled, Chapter 38, a nod to 2018, the year Monica began to deal with her then-public divorce from her husband of eight years, basketball star Shannon Brown.

“So, I named the album Trenches because I’m not ashamed of what I’ve been through,” she continued. “Some of it I have no control over, some of it all my fault. I’m living and learning, just like everyone else.”

As a follow up to 2015’s Code Red, Trenches is led by Monica’s latest single of the same title featuring rapper Lil Baby and produced by Pharrell Williams and Chad Hugo of the Neptunes. For her first project in five years, the album will be released under Monica’s own independent label imprint, Mondeenise Music, Inc.

Trenches may also feature Monica’s frequent collaborator Missy Elliot, who uploaded a Twitter video of the two last month that featured Monica laying down some vocals behind her in the studio. Monica and Missy have worked together on previous bangers such as “So Gone,” “Code Red” and the 2003 classic, “Knock Knock.”

Wendy Williams calls out publicist over statements regarding her TV status