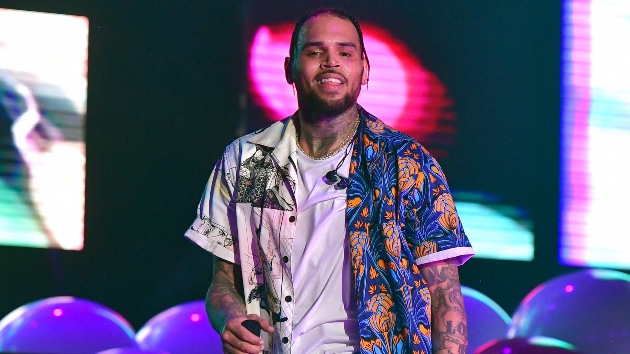 “Track Star is officially RIAA certified Gold. This is just the beginning,” Mooski wrote on Instagram. “Thank you to all my supporters and my team for believing. I Want the Platinum next.”

To take it up another level, the Alabama artist tapped melodic rappers Yung Bleu and A Boogie Wit Da Hoodie, plus Grammy-winning vocalist Chris Brown for the “Trackstar” remix.

“She a liar, she a capper/She do anything for the black card/She give you her pain with a black heart/Should have never let that [ish] get that far,” Brown sings on the second verse.

Meanwhile, Yung Bleu warns ladies not to take his “love for granted,” while on his verse, A Boogie longs for woman who will “stop running.”

“AP on my wrist, that’s a buss down/King of this fly [ish], yeah, I know /You can hold me down and be more than my… /Stop actin’ like you love me when you really don’t know/She’s a runner, she’s a track star,” he raps.

“Track Star” has blown up since Mooski released the song last June, first on Instagram and TikTok after viral sensation Cityboy J launched a viral dance challenge to the song. After the song peaked at #99 on the Billboard Hot 100 in March, Mooski dropped the “Track Star” music video –starring artist Coi Leray — in April.