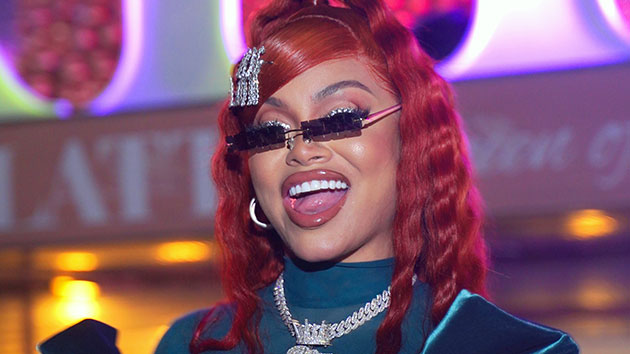 It’s Big Latto season for Atlanta emcee Mulatto, who on Friday delivered the deluxe version of her debut album, Queen of da Souf.

After releasing her debut album, Queen of Da Souf, in August, Mulatto landed a nomination for Best New Artist at the 2020 BET Hip Hop Awards and secured a spot on XXL’s annual Freshman Class list of upcoming artists.

While she began rapping at the age of 10, Mulatto’s career soared to new heights after winning first prize on Jermaine Dupri’s competition series, The Rap Game, at the age of 16. After declining a deal with Dupri’s So So Def Records, she built her own following through freestyles, EPs and viral singles, such as her street anthem “B**** from Da Souf,” which was upgraded with a female-powered remix featuring rappers Saweetie and Trina.

Mulatto credits her driven mindset to her parents, who moved to Atlanta after high school and built their family’s foundation “from the ground up.”

“My momma had me at 15 years old. I come from a hustler mentality. Both my parents really got it out of the mud,” she tells Interview magazine. “In our household, it was never a plan B, plan C, anything like that. It was plan A and we stick to it. You put in that work, and you pray hard to make sure that plan happens. I credit my parents for my ambition.”